Crush is the second Korean studio album by South Korean girl group 2NE1. The album was released digitally at midnight local time on February 27, 2014. It is the group's first album release since 2011's 2NE1 2nd Mini Album and second full-length album following 2010's To Anyone. Production of the album was handled mainly by Teddy with contributions from Choice 37, Dee.P, Masta Wu, Choi Pil Kang and Peejay as well as the group's leader, CL. Lyrics were written mainly by Teddy Park and CL, with contributions from Big Bang's G-Dragon and Choi Pil Kang. The album is classified as pop, but features elements of other genres, such as R&B, dance, hip hop, reggae, and electronic music.[1]

Crush was named the sixth best pop album of 2014 by Rolling Stone[2] and one of the best 40 pop albums of 2014 by Fuse.[3] The album also ranked at number 11 on Billboard's year-end World Album's list, marking the first time a k-pop band has placed on the chart since its inception.[4]

On January 15, 2014, a poster for the group's upcoming All or Nothing World Tour was revealed on their agency's website, with hints about a new album.[5] On February 19, it was revealed the album would contain of a total of 10 songs. All of the songs are new, except two; Scream, which was previously featured on their 2012 Japanese language album Collection and an Acoustic Version of the album's title track. It was further revealed that the group's leader CL co-composed and wrote lyrics for three and five songs respectively, a first for the group.[6]

Prior to the release of the album, 2NE1 held a private listening party for a group of 21 people selected from fans and music experts.[10] It was revealed the new songs would be showcased for the first time at the opening dates of the group's All or Nothing world tour in Seoul, South Korea on March 1 and 2.[7] On May 20, 2NE1 released the music video for "Gotta Be You".[11][12]

Upon release, the main promotional single "Come Back Home" was listed on Instiz.net's "All Kill" list, where it topped nine of Korea's online music charts.[13] A second single, "Gotta be You," placed at number two on many of the same charts.[14]

The album sold over 5,000 copies in the United States, and charted at number 61 on the Billboard 200 in its first week of release. In doing so, the album broke two records: the Best-Selling K-Pop Album (the record has since been beaten by EXO's album Exodus which sold 6,000 copies)[15] and the Highest-Charting K-Pop album on the Billboard 200, beating the records previously held by Big Bang's EP Alive (4,100 copies) and Girls' Generation-TTS's EP Twinkle (which had peaked at number 126), respectively.[16] The album was also chosen as the 'Favorite Girl Group Album' on the "Girl Group Week Readers' Poll" hosted by Billboard, beating Girls Aloud, Little Mix, Destiny's Child and Spice Girls album,[17] as well as being listed by FUSE as one of the "25 Best Albums Of 2014 So Far", alongside artist like Coldplay, Michael Jackson, Pharrell Williams and Mariah Carey.[18]

According to Gaon's mid-year charts, the tracks from Crush have been downloaded over 5.2 million times.[19]

The album was named the sixth best pop album of 2014 by Rolling Stone, who says "Almost two years after K-pop first giddily barged into America's imagination, the genre hasn't sustained a post-"Gangnam Style" wave, but the Seoul machine keeps humming. Female foursome 2NE1, buoyed by a cameo on The Bachelor, moved more units of their album in its first week of release than any previous Korean act. That was about it for sales records, but the album itself was no stiff; in fact, it's a canny downshift from the wigged-out "I Am the Best" maximalist mash-ups of the past. "Happy" is a sunny, strummy jaunt with no manic gimmicks and the ballad "Good to You" soars and sweet-talks likably. But Crush's centerpiece is "MTBD," which spotlights group member CL on a bratty squirt of EDM-hip-pop with a bubblegum trap groove."[2]

Fuse also named the album one of the best 40 pop albums of 2014, stating that "After fans waited nearly four years for their second full-length album, the K-pop phenoms did not disappoint with a slew of forward-thinking, wholly-accessible tracks. Crush proves 2NE1's knack for genre-melding from the start, opening with the title track that blends Indian tabla drums and switchboard-button buzzing, followed by the reggae/trap-hybrid single "Come Back Home." Group leader and head rapper CL even takes center stage on the incredible solo track "MTBD," which sounds like an upgraded version of DJ Snake's "Turn Down for What."[3] 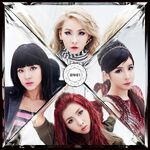 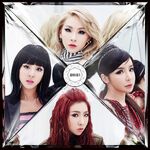 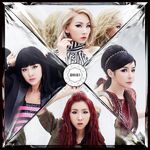