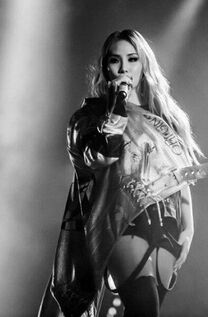 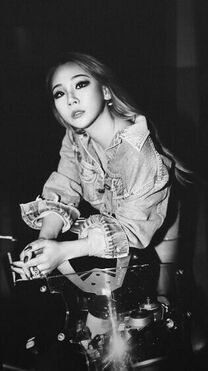 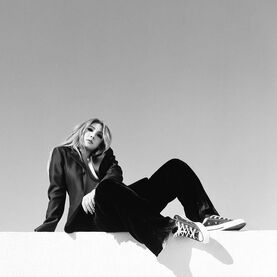 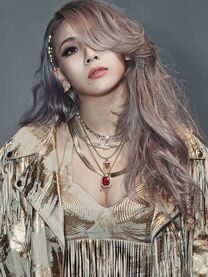 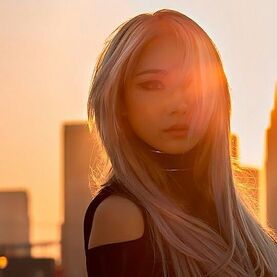 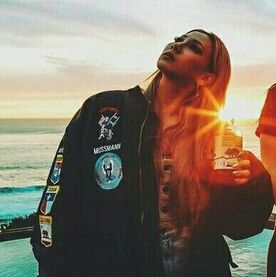 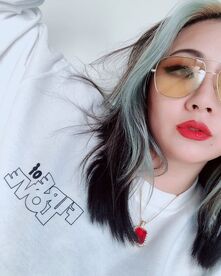 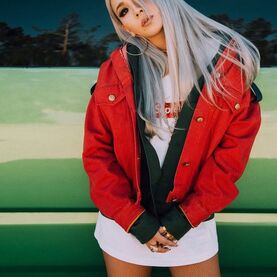 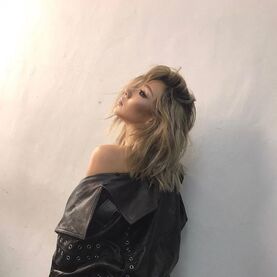 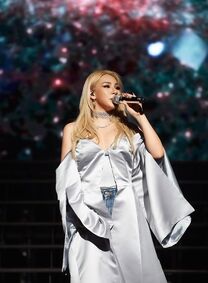 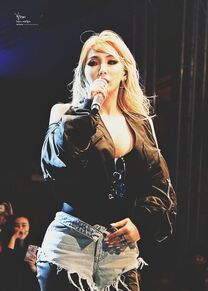 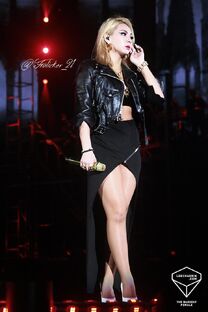 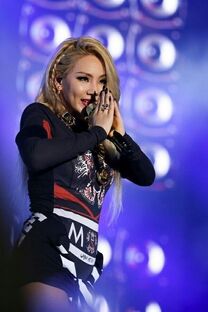 Chaelin Lee (born February 26, 1991), better known by her stage name CL, is a South Korean recording artist. She was born in Seoul, South Korea and spent much of her early life in Japan and France. She trained in JYP Entertainment before joining YG Entertainment, and in 2009 became a member and leader of the girl group 2NE1.

She is currently active in the United States, attending various events and preparing for her upcoming American debut.

CL was born in Seoul, South Korea. In her childhood, she travelled frequently with her family, because of her father's occupation. She spent much of her youth in Japan, France and USA. When she came back to Korea, she barely knew any Korean, but said in an interview shown on 2NE1 TV that she is now most comfortable speaking Korean. CL was raised as a Roman Catholic. CL became a YG Trainee in late 2007, contributing to various Big Bang albums and officially part of the YG family in late 2007. She is fluent in Japanese, English, and Korean and semi-fluent in French.

CL's first feature on a song recording was Big Bang's "Intro (Hot Issue)" in 2007. Later that year, she had her first stage debut at Seoul Broadcasting System's Music Awards alongside her label mates at YG Entertainment. Her first credited appearance in a song was in 2008, with Uhm Jung Hwa's "DJ," in which she rapped. CL also appeared on YMGA's track "What" as part of the YG Family.

YG Entertainment announced that the new group would consist of four members and debut sometime in May 2009. The company stated that the group had trained for four years, and that their debut album would contain songs produced by 1TYM's leader, Teddy Park and G-Dragon of Big Bang. The group's name was initially announced as "21"; however, due to the discovery of a singer with the same name, the group was renamed "2NE1", which "NE" is the abbreviation of "New Evolution". CL was placed in 2NE1 as the leader and main rapper, alongside Bom, Minzy, and Dara.

In August 2009, CL collaborated with label-mates G-Dragon and Teddy Park of 1TYM for "The Leaders", on G-Dragon's first solo album, Heartbreaker. In August, after finishing "I Don't Care" promotions, 2NE1 members released their own solo singles. CL collaborated with fellow member Minzy for "Please Don't Go," which charted at number six by the end of November. CL's first solo single, "The Baddest Female", was released on 28 May 2013. On October 15 of 2014, it was announced that CL was planning to debut as a solo artist the following year in the United States, teaming up with Scooter Braun as her manager.

On 21 November 2015, CL premiered her single "Hello Bitches" via a music video launch on the Noisey website. It is a teaser for her upcoming first EP "Lifted" and the first solo song that's not part of a 2NE1 album. A few of the songs that have been announced for the upcoming EP are "Birthday", "Fallin", "Lifted" or "One" and possibly "Dr. Pepper (feat. Diplo, RiFF RAFF & OG Maco).

To view her awards and nominations with 2NE1, please go here