2NE1 2nd Mini Album is the second extended play of South Korean girl group 2NE1. It was released on July 28, 2011, by YG Entertainment in distribution by KMP Holdings in South Korea. It contains six songs composed and produced by Korean producers Teddy, Kush, and Lydia Paek.[1]

On April 18, 2011, 2NE1 announced they would postpone their debut to Japan due to the 2011 Tōhoku earthquake and tsunami and would resume Korean release plans, pushing their extended play's promotions forward, from April to July.[2]

Plans for the album's promotions were later released on YG Life's blog on April 27, 2011, where the group stated that they we will be releasing a new single every three weeks leading up to the album's release. The group stated that the reason behind this plan was because they were more than satisfied with the level of quality in the album's tracklist and intended to use them all as title tracks for this promotion [3][4] The promotions of the album ended in August 21, on SBS's Inkigayo.

The group then announced that they will also release the album in Japan and will be titled as "Nolza". They made their debut on Music Station on September 2, 2011 with a performance of "I Am The Best".

The mini album was released in Taiwan on August 28, 2011 under Warner Music Taiwan and it debuted atop G-Music Combo charts on its first week of release, making it the first #1 release of the group in the country.[5]

NOTE: "I Am the Best" has been removed from the international iTunes version of the mini album.[7] 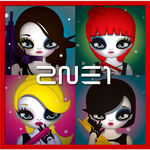 The Japanese version of the EP titled Nolza (stylized as NOLZA) was released in Japan on September 21, 2011 in three editions: CD Only, CD+DVD (Type A) and CD+DVD (Type B).[8] 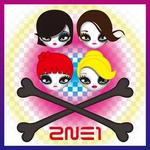 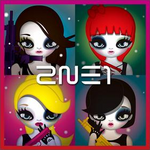 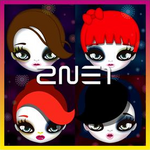